If there is one symbol that unifies all Tibetans it is Gesar of Ling. Gesar’s battles against enemies of Tibet and Mongolia have become synonymous with the defending and spreading of the Dharma itself. He is a protector of Tibet’s Buddhist culture and is a well-know symbol of victory over ignorance through wisdom. The Blue Valley Foundation is dedicated to preserving the collected art, history and traditional stories of Gesar of Ling.

Each year thousands of ordained and lay people of all lineages come from all over the Tibetan Regions of China and other countries to celebrate Qinghai Gesar’s “Great Prayer Festival for World Peace”, and to enjoy traditional dances, operas and tales of the life of King Gesar. The largest ecumenical (Ri Med) gathering of its kind on the Tibetan Plateau, the festival is a celebration of culture, history, and the living traditions which are at the very core of every Tibetan’s faith and identity. 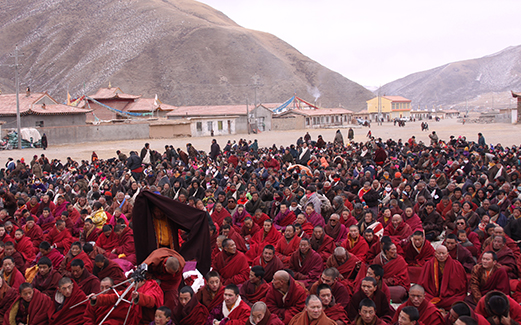 For the past four years since Lama Sang’s passing, Rinpoche has given detailed teachings on such texts as The Words of My Perfect Teacher, The Instructions on the Six Bardos, and Embarking on the Conduct of the Bodhisattva.  Many thousands of people attend these daily teaching sessions in person, and hundreds more from a dozen countries around the world participate remotely as well.

The winter program serves as another platform to build community and virtual community around the world, serving as a showcase and platform for many charitable projects and activities.  This fulfills the deep wishes in the heart of the Tibetan people of Golog, and is a pure activity to benefit others. 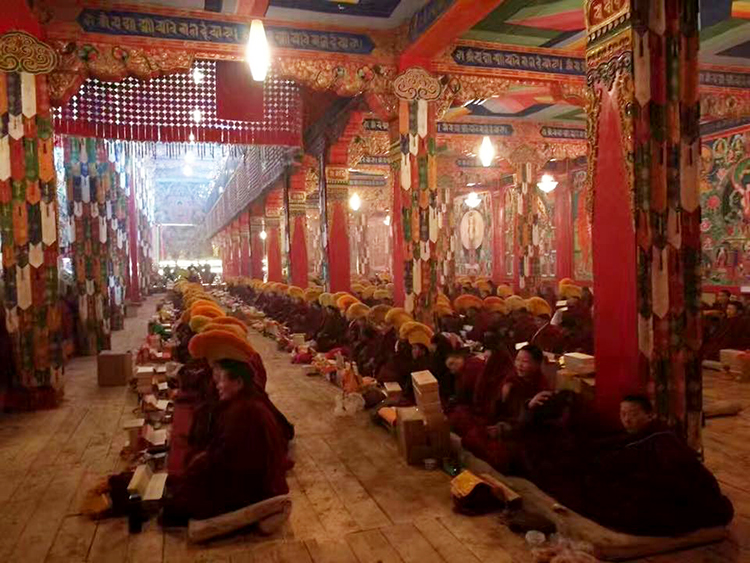 In our catchment area of the Tibetan Plateau, where frigid winter weather easily gets to minus 30 degrees Fahrenheit, thousands of dedicated nomads, never complaining, literally sit on snow and ice seats for 8 hour days over the course of the traditional two month winter Buddhist teachings. The Qinghai Gesar Foundation has now built an indoor teaching room which will accommodate up to 4,000 of these unwavering participants, whose cultural connection to such teachings remain at the core of their everyday existence. 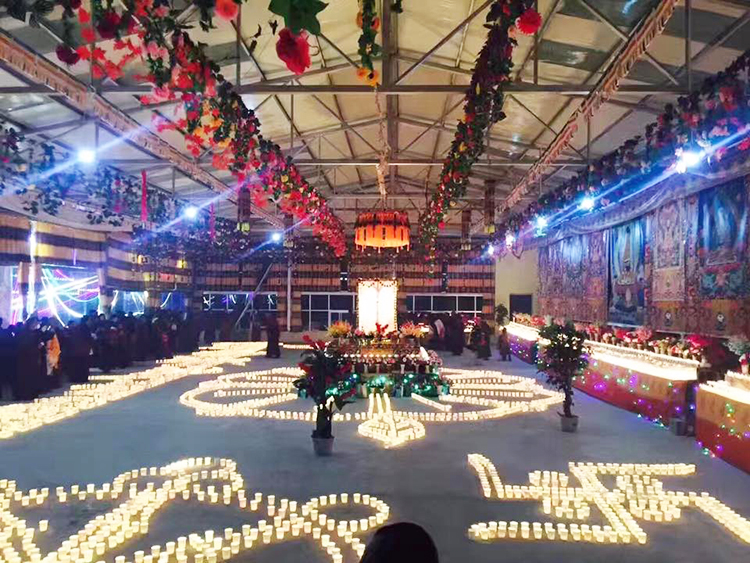 The Shambala Prayer Festival for World Peace was established by Hung Kar Dorje Rinpoche in 2004.  This event has been held ten separate times as of 2017. Renowned Lamas from all the dharma traditions of Tibet, along with thousands of others, are invited to participate in this five-day event dedicated to the welfare of all living creatures in Tibet and on the planet.  The Festival has been attended by visitors from all over China, the U.S., Vietnam, France, Australia, Japan and many other countries. One of the important functions of the Prayer Festival, along with other, periodic gatherings during the year, is to bring together thousands, or tens of thousands, of people from all walks of life and all over the Golog region.  Everyone participates.

After the prayers are concluded, the gathering effectively becomes a town hall meeting, where Hung Kar Dorje and others can address and educate the people as a community on important matters, such as the Hungkar Dorje School, environmental conservation, hygiene, and cultivating compassion towards all living creatures through a vegetarian lifestyle.

There are other cultural and community events surrounding the prayer gathering, such as traditional dances, operas and tales of the life of King Gesar.  And so the festival, most broadly, is a celebration of culture, history, and the living traditions which are at the very core of every Tibetan’s faith and identity. In this way, the prayer festival becomes a hub, a meeting place and a forum for education and the implementation of the charitable programs and activities of the Qinghai Gesar Foundation of Golog, and the Blue Valley Foundation.